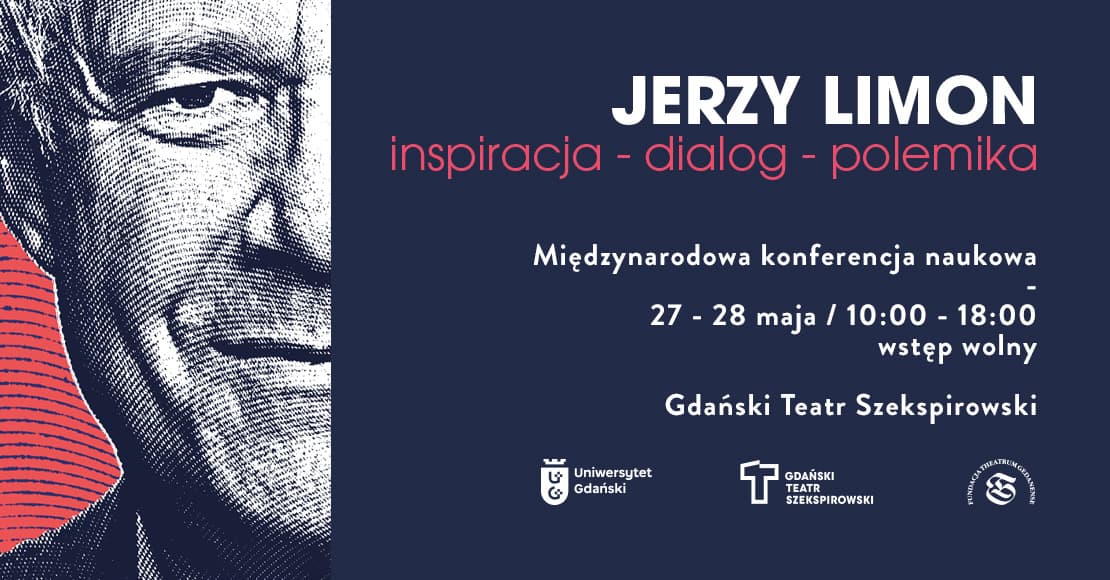 A year has passed since Professor Jerzy Limon had passed away leaving his lifework – his theatre, but the scope of his academic work and artistic creation was so broad that the international conference is being organised, dedicated to the memory and life achivements of the late Professor entitled Jerzy Limon: Inspiration – Dialogue – Polemics.

The aim of the conference is to stimulate interdisciplinary discussion, gathering distinguished scholars, artists, critics, curators, and culture animators who would like to respond to Jerzy Limon’s achievement and ongoing influence. Accordingly, the meeting will consist of six panel discussions: Shakespeareana, Archives, Theories, Narratives, Translations, and Actions.

More about the panel topics:

The conference will be held in English and Polish with simultaneous interpretation, and streamed online.