Between Heaven and the Stage: Past the Tempest?

The Gdansk Shakespeare Theatre returns with a festival for everyone. “Between Heaven and the Stage” will be a negotiation between the texts of the great Bard, the individual visions of the director, and the subjective perception of each spectator. We invite new plays created in different parts of the world during a very difficult time, a period of many changes caused by pandemics, war and other turbulences. After such storms, Shakespeare’s plays, several hundred years after they were written, can still move and entertain. This is the time when, of all the arts, theatre, in its nature a community experience, has suffered most. In addition, for several months now we have been experiencing the theatre of war, just across our border, a war that is both cruel and heroic, that evokes many emotions, that carries a load of new meanings for every generation, that sets and exceeds our limits of humanity, heroism and sacrifice. Only Shakespeare could describe what might seem to us, following Adorno, impossible to describe – that now, after the experience of the last war, it is impossible to use words to convey the brutality of the present. However, despite the losses, despite the misfortunes, we have the right to experience together, in fact we absolutely need to experience together this festival, because once again we see how theatre brings closer, explains, deconstructs all those stories that make Shakespeare “our Contemporary”. Nothing can replace the communal experience and co-creation of theatre, and nothing can replace the communal reception of a theatrical performance as a spectator – among others, strangers but bursting out laughing at the same moment or holding their breath with delight or sadness.

The diversity of interpretations of Shakespeare or the diversity of theatrical aesthetics will be proved by triple versions of “The Tempest”, double versions of “Hamlet” and “Epiphany”. The stagings of “The Tempest” hosted by the 26th edition of the Shakespeare Festival – very different versions, from different theatrical orders: different aesthetic approaches, each looking for different answers in the Theatre. Three versions created during very different contexts of their creators’ work and lives: The Camp Storm of the Romanian “enfants terrible” from Bulandra Theatre; the stylised, almost baroque staging of the young Italian theatre maker Alessandro Serra from the National Theatre of Turin and, as it were, its reversal: the minimalist, intensely pure choreographic work of the Danish company Glad Theatre and Hamlet Scenen.

Two other “Hamlets”, in perverse stagings from the Czech Republic and the USA, will ask a question that is so topical and ambiguous today: TO BE or NOT TO BE.

The new VR “HA-M-LET” from California’s CalArts Center for New Performance is created by the young Brazilian artist Peter Mark, who freely uses both his personal intimate family experiences and the Brazilian imaginarium to weave Hamlet’s story, while using the latest VR technologies, AR, projections, memes, gifs. On the other hand, we hope that Hamlet from the Czech performance “Hamlet on the Road” from the Divadlo Radost theatre from Brno will give us a wonderful version of the true Czech philosophical approach to the crisis: calm, distance and humour.

We hope that the coming festival will be a true Celebration of Theatre after this pandemic Storm, which has tired us all, and which has taken the Creator of this Theatre and Festival away from us. We know that Prof. Limon would like our ship to sail on, to be an open haven for everyone: young and old, seasoned theatre-goers as well as casual tourists, who may have their first experience of theatre right here. After Tempest we invite everyone to sit down, relax and sail away to a world made of such material as dreams, because, quoting the author of Tempest “We are such stuff as dreams are made on”.
–

Curator and creative producer of international theatre projects, responsible for selecting international productions during the 26th International Shakespeare Festival. In 2009-2019, as the chief expert on performing arts at the Adam Mickiewicz Institute, she organized screenings and reviews of Polish theatre around the world, developed dance residency projects and drama exchanges, including initiating work on (A)pollonia: 21st-Century Polish Drama and Texts for the Stage and a number of experimental projects such as Digital Play Festival, Paderewski Musical Project and bringing Kochanowski’s and Wyspianski’s texts to the stage of the Globe Theatre in London. Outside the theatre Klass is preparing the (M)Useum Utopii in Walter Gropius’ Granary in Jankow Pomorski. 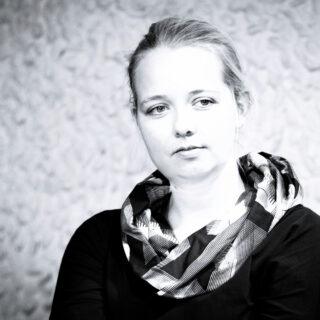 This is the third edition of the ShakespeareOFF stream divided into two modules: Productions and Presentations. As the current curator, I am most happy that the Festival supports financially and logistically new independent productions. It is still too rare a form of support for the OFF scene and at the same time it brings measurable benefits for the development of the circulation of Shakespearean works in Poland, which is one of the main missions of the Gdansk Shakespeare Theatre. Apart from the Production Competition, the ShakespeareOFF strand is calling for ready-made independent productions for the festival in the Presentations module. ShakespeareOFF Productions and Presentations are judged by an international jury – the same one that will award the Golden Yorik Prize.

Within the ShakespeareOFF Productions Competition, three very interesting proposals were selected, which above all approach Shakespeare’s work in an unconventional way. The submissions for this edition show a new trend of the trend – searching for creative impulses in specific Shakespearean characters and translating past attitudes into present-day experience. The artists also chose interdisciplinarity as the leading slogan for their concepts – that is why among the finalists we have proposals that in an interesting way combine various theatrical and musical forms, with a noticeable prevalence of dance theatre, which is becoming more and more active in Poland today.

Katarzyna Knychalska graduated from the Faculty of Polish Philology with a specialization in theatre studies at the University of Wroclaw. In 2009, she established the Nie-Taki Theatre Foundation, of which she is the president. Within the activities of the Foundation, she creates and manages many social and cultural projects. Among others: the portal “TEATRALNY.PL”. – of which she is the initiator and editor-in-chief, as well as the theatre magazine “nietakt!”, published since 2009, of which she is the editor-in-chief and one of the authors. So far, there have been 35 issues of the magazine, which is the only medium in Poland that deals with theatrical fringes and the broadly defined off-scene.

She is a co-creator of the All-Poland Theatre Offensive – a nationwide movement of independent theatres, which was established to unite independent theatres, plan joint projects and solve problems facing the theatre off community.
Since 2011, she has also been a programme consultant of the Modrzejewska Theatre in Legnica and as part of her duties, she co-creates the theatre’s repertoire. She is the curator of the off-current at the Shakespeare Festival in Gdańsk and the New Theatre Festival in Rzeszów. Since 2016 she is the director of “The best Off” Competition for the best performance of independent theatre and its permanent juror.

She is also the author of many articles and columns on theatre, as well as plays and theatre adaptations that have been staged in theatres in Poland and Europe: “My Bosnia” (2014, Stary Theatre in Boleslawiec), “Stilon, the best of worlds” (2016, Osterwa Theatre in Gorzow Wielkopolski), “Many demons” according to Jerzy Pilch (2016, Dramatic Theatre in Batumi, Georgia, 2018 Silesian Theatre in Katowice) “The Station” according to B. Hrabal (2017, Dramatic Theatre in Panevezys, Lithuania), “Classic co-production” (2020, Modrzejewska Theatre in Legnica). Twice nominated for the WARTO award. In 2019 she received the Scholarship of the Minister of Culture and National Heritage “Young Poland” and in 2022 the creative scholarship of the Marshal of the Lower Silesian Voivodeship. 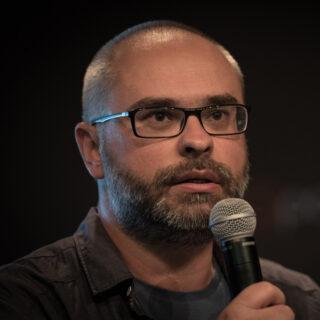 Łukasz Drewniak is a theatre critic, editor, moderator, programmer, consultant and expert on contemporary Lithuanian theatre. He teaches at the Theatre Academy in Warsaw. Łukasz Drewniak founded and was the first editor-in-chief of Didaskalia theatre journal. He edited the books Dziennik podróży z Kantorem Wacława i Lesława Janickich and Izabella Cywińska’s biography Dziewczyna z Kamienia. He was Artistic Director of the Cracow Theatrical Reminiscences festival in 2002–2005. His theatre reviews appeared in Tygodnik Powszechny (1995–2005), Przekrój (1999–2012) and Dziennik – Gazeta prawna (2005–2010). He has worked as a journalist and host for TVP Kultura since the channel’s inception. Łukasz Drewniak co-programmes guest performances at the Teatr Stary in Lublin and chairs a series of discussions called The Battle for Culture. He is the author of Kołonotatnik, published at teatralny.pl, which comprises journalism, essays on theatre, reviews and facetiae. He is based in Kraków, Poland.

Since 2012/2013 he has qualified Polish performances taking part in the Golden Yorick Competition organised as a part of selection for the Gdansk Shakespeare Festival. The competition aims to select the best national adaptation of William Shakespeare’s works. During the first three editions him and Professor Jerzy Limon selected the best performance, from 2016 he is to qualify 3 to 5 productions for the competition finals, which are then presented to the festival audience and assessed by the Jury, which chooses the performance for the Golden Yorick Award.