The Tempest is a radical meditation on the theatre, on the relationship between reality and imagination. So the fact that the island is stripped of all landscape elements and is just a bare stage as highlighted best at the end when the beam of light widens, seems to me an inspired and powerful choice. Just as the island is a theatre, the theatre is an island. / Antonio Moresco

Former Duke of Milan Prospero lives with his daughter Miranda on an unknown island where, thanks to the magic found in his books, he has enslaved the elements as well as two creatures, Ariel and Caliban. But a terrible storm soon leads to a shipwreck. The survivors are none others than nobles Prospero knows all too well, including Antonio, his own brother… and the man behind his exile. Using his mastery of magic and illusion, Prospero decides to punish them for their treachery.

On a wooden trestle, a black veil covers a body, like a layer of dark oil… which suddenly rises. We’re underwater, with the sprite Ariel, as the tempest rocks the surface. With this first image, the stage is set: through this simple yet spectacular artifice, we are thrown into another world, beyond the veil of appearances—in the depths of William Shakespeare’s text. After his powerful Macbettu, performed in Sardinian, Italian director Alessandro Serra and his company Teatropersona offer us a new adaptation of The Tempest, sticking closely to Shakespeare’s dramaturgy. There unfolds the political dimension of the play. But the ultimate power remains that of theatre. Prospero’s magic is that of a director expert in trickery… and The Tempest is an homage to theatre—through the means of theatre.

In The Tempest, everyone seeks to seize, consolidate or increase their power. Prospero fails to govern. In other words, he wields power improperly, and soon his own brother, his own blood, plots against him with the King of Naples and sentences him to death by water. Gonzalo rescues him by secretly endowing him with power far greater than political power: magic. However, in the words of Simone Weil, “Whoever is uprooted himself uproots others”. Hence, as soon as he arrives on the island, Prospero uses his magical power to steal it from Caliban, whom he first adopts as his son and then enslaves. He then does the same with Ariel, freeing him from slavery but condemning him to a twelve-year servitude. Only Gonzalo, in Shakespeare’s superb monologue written in the words of Montaigne, envisions an ideal society without violence in which all things are to be shared, with no sovereign power, and in complete harmony with Nature. 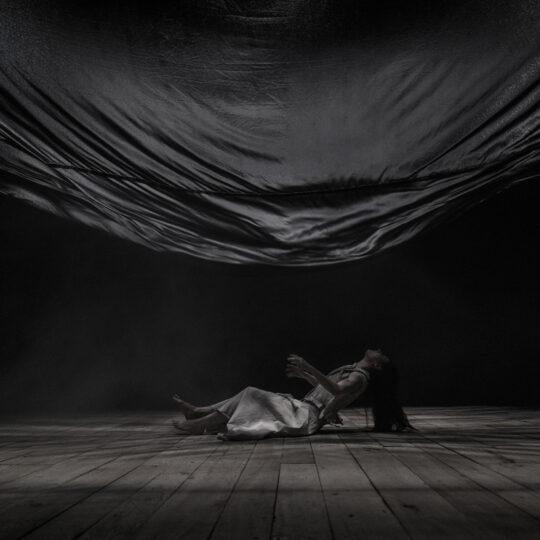 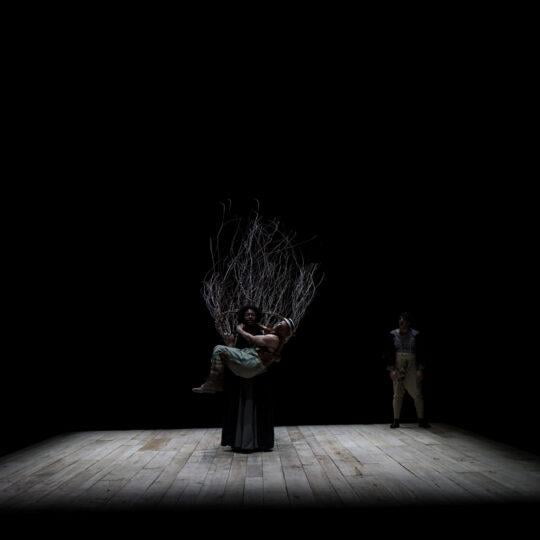 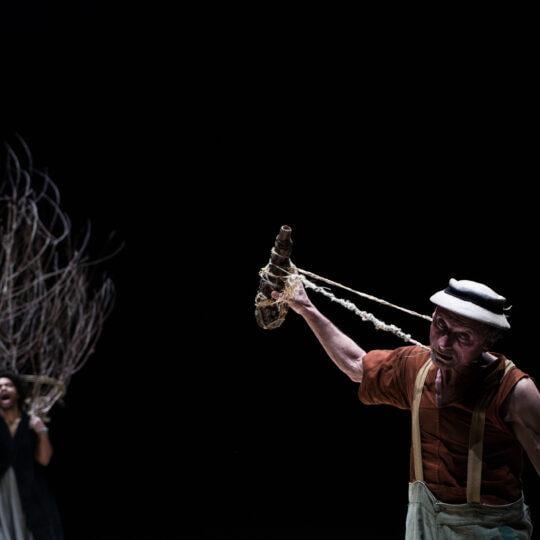 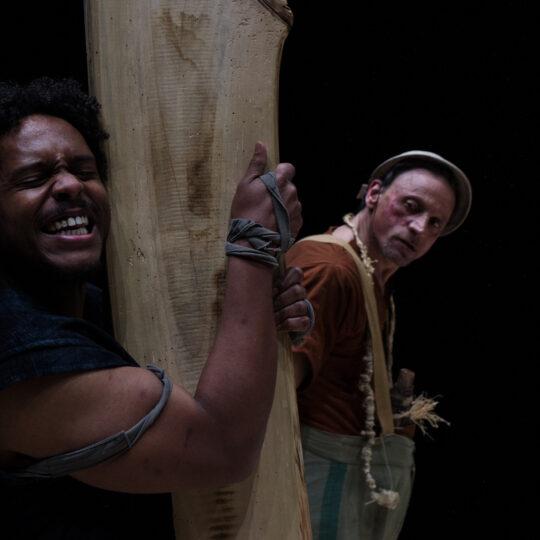 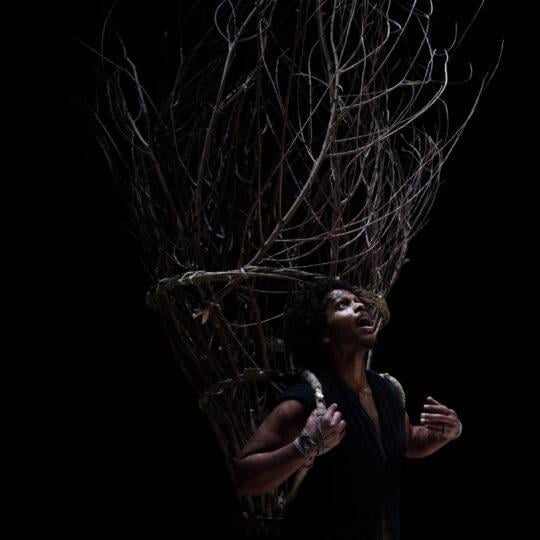 Surtitled in Polish and English

Born in 1973, Alessandro Serra is the founder of Compagnia Teatropersona. He has a degree in Arts and Performance Studies from Sapienza University in Rome, and his training as an actor is based on the Grotowski tradition of physical action and vibration singing as well as on the objective laws of movement articulated by Meyerhold and Decroux. From staging the script to designing the set, costumes, lights and sound, Serra handles all aspects of the creative process that bring his productions to the stage.

In 2009, Serra created his first work for children, Il Principe Mezzanotte (Prince Midnight), which went on to be performed more than two hundred times in Italy and abroad. He has won numerous awards, including the prestigious UBU Best Performance of the Year award for Macbettu, produced by Sardegna Teatro in 2017. Alessandro Serra presented this performance at the Gdansk Shakespeare Festival in 2018.