–
In a musical version of the famous Shakespearean text, the audience is invited to the “island of sounds” built by Ariel where they can watch how the characters’ reality change until they do not realize what is a dream and what is not. In the jungle of microphones, cables, instruments and video projections, some actors play several roles: Caliban becomes Antonio, then turns into Ferdinand, and the King is, in fact, a Prospero pursued by the same murderous knife.

Creator about the performance

–
This Tempest is based on a reply from one of the characters (Caliban): “The island is full of noise, echoes and harmonies, but they do no harm, they do good. Sometimes, thousands of small and warm instruments whisper in my ear, or they are dizzying voices…” I imagined that several actors (playing Ariel) could build an “island of sounds” and, while accompanying others, would seem to influence everyone’s perception of reality. I was going to make a musical version of the famous Shakespearean text so the idea of characters providing sound support solved a lot of problems. The extremely creative set designer Andu Dumitrescu proposed generous real and virtual spaces: a “jungle” of microphones, cables, instruments, video cameras (with live images) and projections (in which, sometimes, the shadows of the actors sing / play). The musical parts began to take advantage of the technical possibilities and focused more on the dreams inside the dreams of the characters who no longer realize what is dream and what is not The actors contributed enormously to the form and content of the musical parts. The inspiration of some stimulated the creativity of others, developing scores that were much smaller in the original text (this is the case with the role of Antonio). The songs are deeply influenced by the collaborators, regardless of the work phase in which they participated.
–
Ada Milea 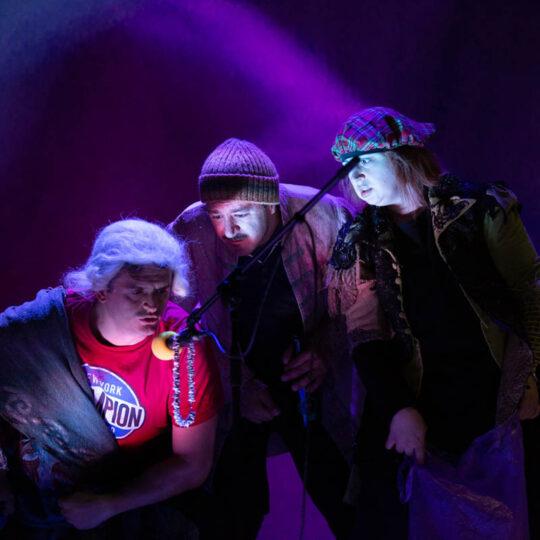 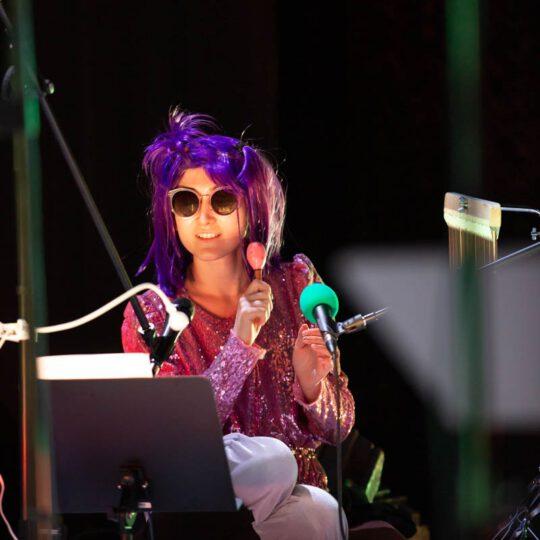 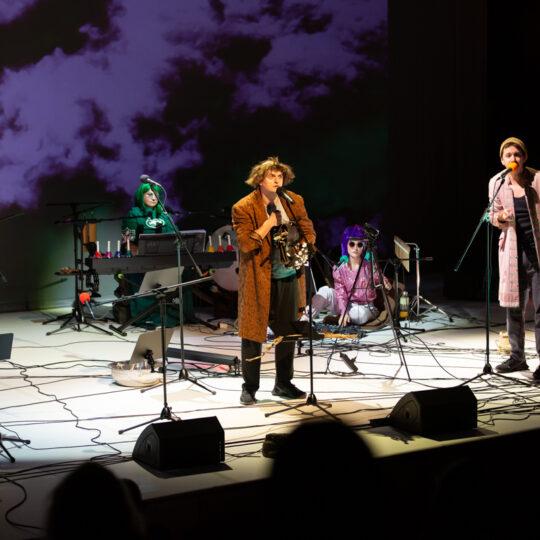