Mr Soon is a theatre of movement, words, lights and a metaphysical atmosphere. This show provokes the audience to look, listen, touch, experience and intensively understand. The starting-point for work upon the production was the figure of Caliban – the anti-hero of Shakespeare’s The Tempest. The author (Patryk Dariusz Gacki / Dzikistyl Company) enters into a dialogue with both the play and other cultural texts in order to achieve a particular kind of characteristic of contemporary “Calibanism”.

Through the prism of Caliban, Gacki looks at various areas of reality and notices the axiological
confusion which is painful to the life of contemporary man. The rejection of values, procrastination,
the problem of finding one’s own way and life, intellectual laziness, which pass into contemporary existential deadness, ending in life becoming unreal and increasing human alienation. In an atmosphere of deepening isolation, it is difficult to make use of freedom; notions lose their meaning and the main principles of being in the world are defined by “the will for a minimal existence”,
nihilism, hedonism and consumptionism.
The slow resignation from the full freedom of existence in turn affects the main actors of social life. When man cannot find the profound sense of life, he begins to lose concentration and to cover up his own emptiness with pleasures. Increasingly more sophisticated, increasingly crazier, up until the final transcending of the self and a denial of one’s own human being.
In Shakespeare, Caliban is a hedonist; the contemporary Caliban can be an “outsider” but he does not have enough strength within himself to exit from inbreeding and to become “great” in the understanding of Colin Wilson, the author of The Outsider. There are many reasons for this. The Caliban presented by Patryk Dariusz Gacki on stage is characterised by great withdrawal and is a figure which speaks not for itself and not for the world. The contemporary Caliban does not want to be a better version of himself. He thinks that the current version is the best. 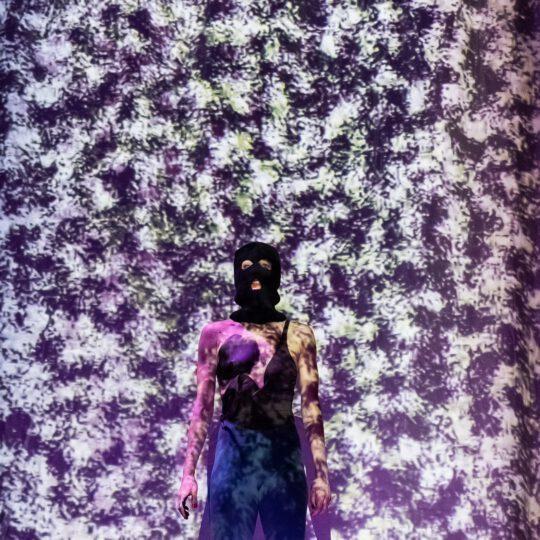 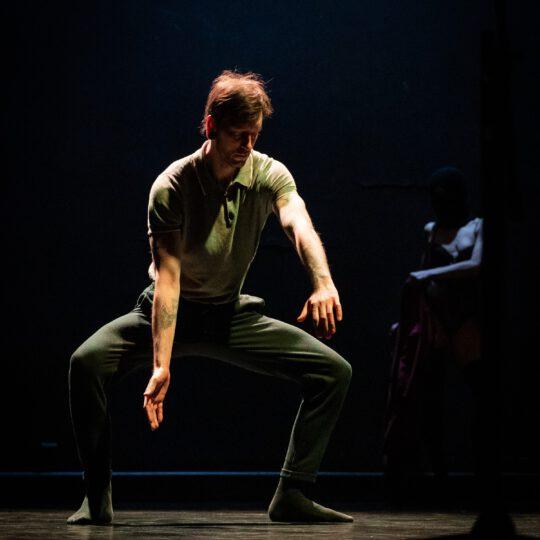 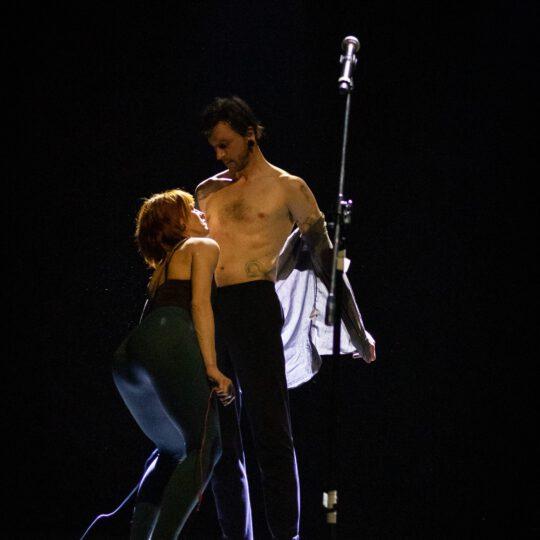