“Unaccommodated man is no more but such a poor bare forked animal as thou art.” / King Lear, Act 3 Scene IV.

The open-air performance of Lear, for F**k’s Sake! is Teatr A Part’s second production (after Nothing. Sketches to King Lear from 2017) which refers to motifs and themes found in King Lear by William Shakespeare. Whereas in Nothing. Sketches to King Lear the thematic axes of the production were the intimate motifs of the difficult relations between daughters and their fathers and the hell of transience, old age and infirmity, in Lear, for F**k’s Sake! the central theme of the production is senile despotism, the pursuit of absolute authority, destruction in conflict and war, and entropy – which are all accompanied by disintegration and the erosion of social and moral structures. Apart from King Lear, another inspiration for the production was the novel The Autumn of the Patriarch by Gabriel Garcia Marquez. Lear, for F**k’s Sake! is a collage of scenic images. Its visual side consists of unadorned metal constructions and mobile platforms, stilts,
the element of fire and expressive acting.

In 2019, the year of its premiere, the show was staged six times – in Kalisz, Katowice, Kraków, Poznań and Warsaw. After a three-year break caused by the pandemic, and in a new geopolitical situation, in the face of Russia’s state terrorism and the cruel and bloody war in Ukraine, which gives the show a new and ominous context, the show has been refreshed and renewed with a different cast. 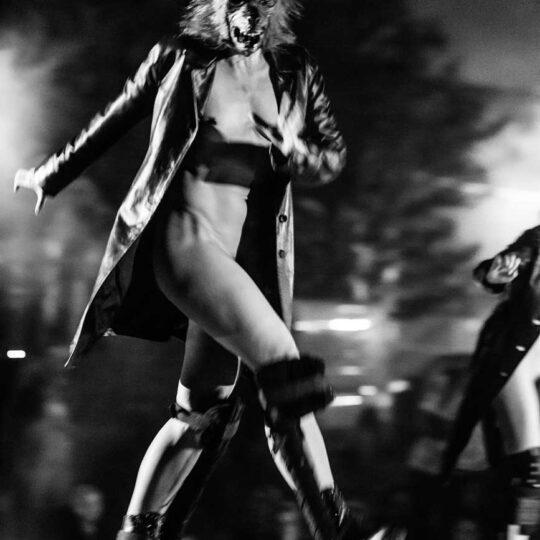 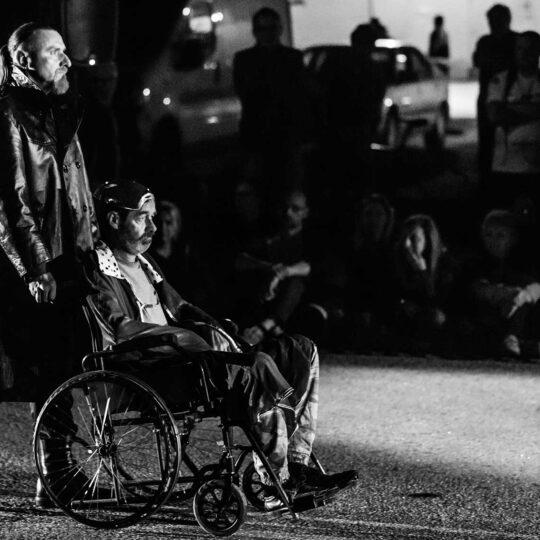 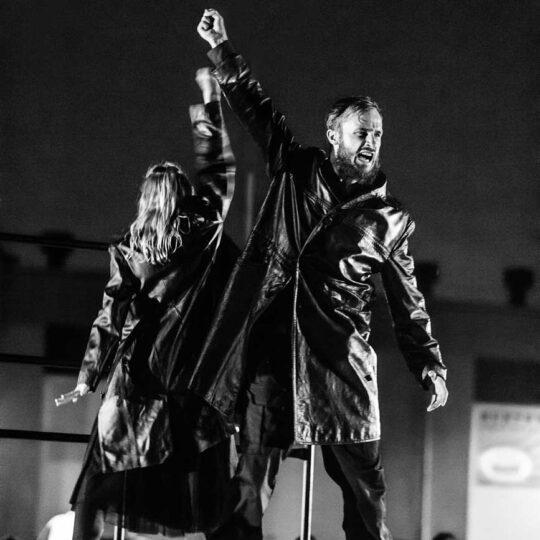 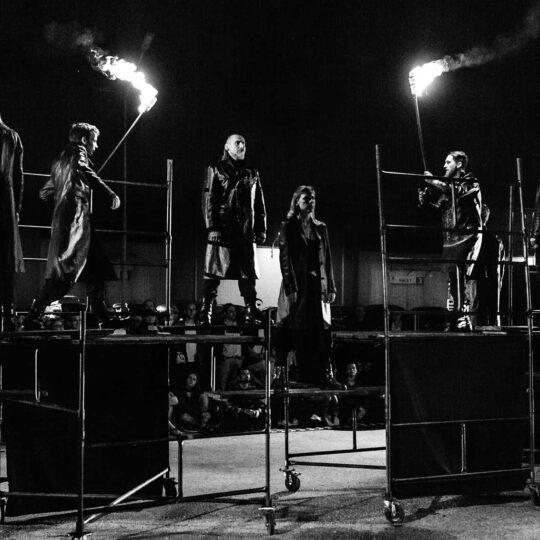 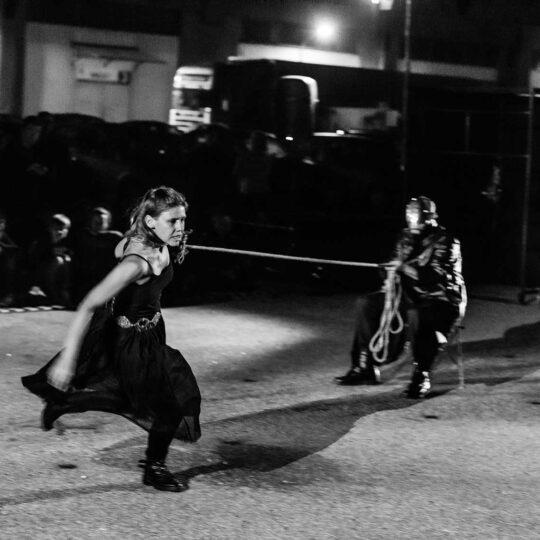