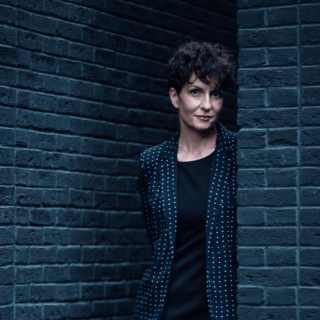 The motto of the 26th Shakespeare Festival is important to me for two reasons. Above all, before us is the first edition of the festival under my direction. Taking the place of Professor Jerzy Limon, the creator of the Shakespeare Festival and its director for 25 years, is a task that is difficult and, simultaneously, prestigious. Thinking about the stage and heaven, I think about the metaphor of the bridge connecting them. At one end is the vision of my outstanding predecessor, while at the other are future editions of the festival. I see myself standing on this bridge with an awareness of everything that led to its construction while simultaneously looking into the future.

“Between heaven and the stage” is the title of a book by Professor Limon, published in 2002. In it, the author examines the boundaries of the art of theatre and the role of theatrical space in the creation of meanings, and describes the most important kinds of theatrical stages in history. But what is the role of the space of the theatre today? How does it construct meanings within it? How best can we fulfil our mission in completely unpredictable times, in which it seems we are drifting between heaven and the stage?

And here appears the second important aspect of this year’s motto – the question mark. We live in such a dynamically changing reality that we are only able to ask questions, since the answers given, the judgments and reasons expressed, are undergoing constant transformations. Referring to the title of Professor Limon’s book, we wish to indicate the particular role of the theatre, describing au courant this chaotic world between heaven and the stage.

So what will happen after the tempest? And what is it? If all the world’s a stage, then it is precisely today that we need several outstanding directors. This is a time for heroes who will lead us through these historic convolutions.

I have the profound conviction that festivals, particularly during and after pandemics and at times of war, are places catalysing human emotions and fears, the desire to be together. They are places of meetings and sometimes collisions between artists and audiences, and audiences and their own imaginings about the world. They integrate, unite and encourage us to exchange opinions. They name social processes and reflect them.

And if I see some particular role for the international Shakespeare Festival, then I think it is to unite and to ask questions. In a world of schisms – political, social, colonial, racial, religious – our festival should become a place in which all of us – artists, audiences and organisers – can meet in a common cause. Speaking loudly about freedom, equality, social justice, ecology.

In the theatrical productions of the last season, there were not yet many references to the Russian-Ukrainian war – these will undoubtedly come with successive festival editions. This year, creators have shown how necessary to us all are laughter, release and distance. In this year’s programme, there are decidedly more echoes of the pandemic and isolation and the ensuing fatigue than of the war.

When we asked ourselves, at the end of last year, the question about what would happen after the tempest, we knew wanted to refer to three completely different stagings of Shakespeare’s play, which we subsequently invited to this year’s festival. At the same time, to ask about the tempest sweeping through the world. We had no idea that, two months later, we would be witnesses of such dark and tempestuous war clouds.

Jan Kott wrote, “Shakespeare is like the world or life. Each epoch finds in him that which it is itself seeking and that which it wants to see.” One could get the impression that tyrants from the historical chronicles by the great writer are immortal. But happy endings are also immortal. On stage and in life. As is laughter. They allow us to maintain our humanity and they give the hope and faith that, after the tempest, the sun will emerge. And that is the subject-matter of this year’s festival.

I invite you most sincerely.

Agata Grenda
Director of the Gdansk Shakespeare Theatre and Festival