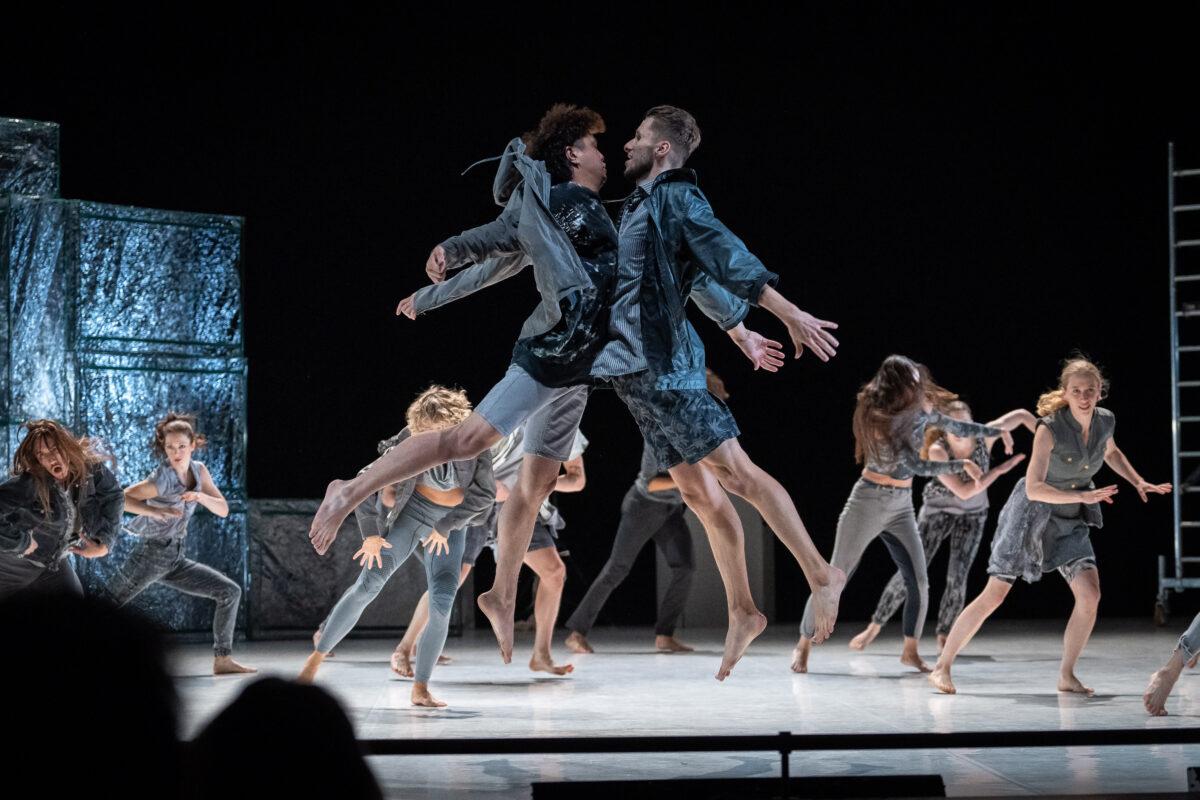 GOLDEN YORICK 2021/2022
The Golden Yorick for the best Polish adaptation of Shakespeare’s works of the season has been awarded to the Polish Dance Theatre in Poznań, Bodytalk in Münster for the performance “Romeos & Julias unplagued. Traumstadt,” chor. Yoshiko Waki.
The winning theatre will receive the statuette of the Golden Yorick and a financial prize of PLN 40,000.00.
All the performers showed great commitment and authenticity on stage. This created an exceptional connection between the ensemble and the audience. The dance story presented by the performers referred not only to the current social issues but also to the position of an artists in the modern world.

SHAKESPEAREOFF 2022
✨ The main award in the amount of 10,000.00 PLN is given to the creators of the show entitled “How Beauteous Mankind Is!”— Sławek Krawczyński and Anna Godowska / Święto Snów.
The creators of the show “How Beauteous Mankind Is!” produced an extremely brilliant dramatic concept, and the performers of the show have successfully realised it. All the aspects – visual, choreographic, acting and musical – merged into a strong yet minimalistic performance.
✨ The award in the amount of 5,000.00 PLN is given to Wiktoria Czubaszek for the main role in the “Shakespeare Fight Show Arena.”
Wiktoria Czubaszek, the main actress in “Shakespeare Fight Show Arena” of the Teatr Układ Formalny, presented the audience with a spectacular and highly authentic transformation of a lonely vulnerable young man into a cynical ruthless businessman daringly crossing ethical boundaries.

✨ Polish Shakespeare Association Award „Prospero’s Book”
was given to RADOST Theatre (Divadlo Radost) in Brno for „Hamlet on the Road”.
Appreciation was due to the daringly told story with a wide range of theatrical means of expression and the depiction of the narrative’s power to conquer death; for transgressing the tragedy and comedy and disclosing the seamless boundary between art and life; for playing out the drama of Hamlet on the road (‘Hamlet on the Road’) between the local tradition of Czech travelling theatres and the contemporary need for metaphysics, between heaven and the stage.

Journalists Award
✨ „Taming of the Shrew” (dir. by Jacek Jabrzyk) Zagłębie Theatre in Sosnowiec
for a performance that combines the emancipatory gesture of three actresses – Natalia Bielecka, Adrianna Malecka and Mirosława Żak – with an intriguing and critical approach to a piece whose pronunciation is highly problematic today. It is an explicit, collaborative statement that provides a platform for the necessary discussions on the restricted rights of women, LGBTQ+ people and other marginalised groups.

Congratulations to all the winners!

The Shakespeare Theatre Festival in Gdańsk has come to an end. We would like to thank you for your presence, emotions and experiences of being in contact with the art, which we hope will inspire you to return to the Gdansk Shakespeare Theatre more often.

We look forward to seeing you at the theatre!